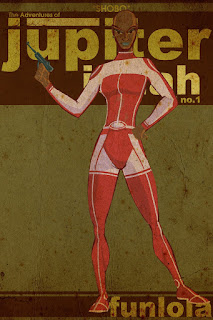 Another character from my brother's comic. Her name is Funlola and yes, she's bald, uber tough, and she's Jupiter Jonah's fellow intrepid adventurer on their quest to find the Eye of Oduduwa. I stuck pretty close to my brother's original concept design above because it captured her attitude perfectly. Her suit also appealed to me because of how simple and striking it is. According to Shobo, she is part human, but mostly Jovian, an alien race of his making. My interpretation of Funlola is below. 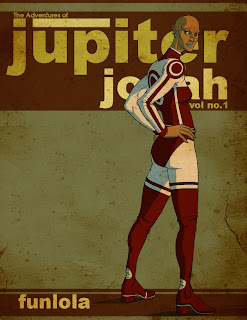 With the pictures of her and Jonah below, I was hoping to achieve the intimidating physical presence that I perceived Funlola commanding over her peers in the comic. Right now I'm at the stage where I'm rigging the duo and all the texture work is done. So when I finally get some decent rigs done, you can all finally see them in color and maybe some animation... hopefully. 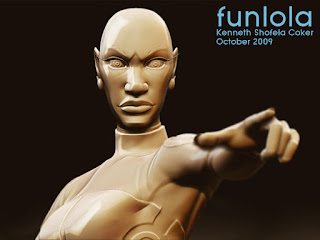 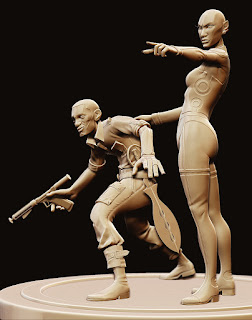 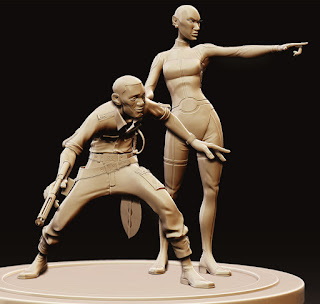 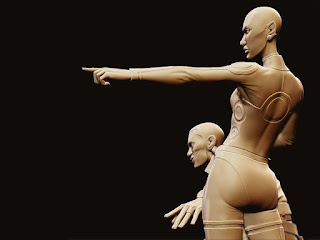 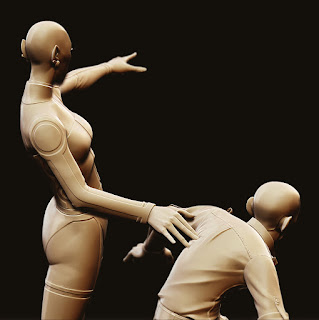 Posted by Shof Coker at 3:53 AM No comments: 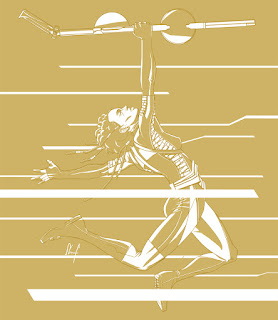 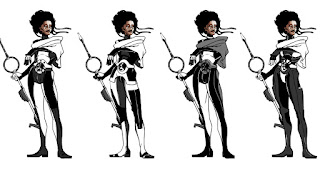 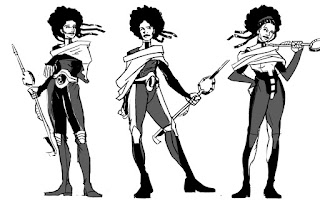 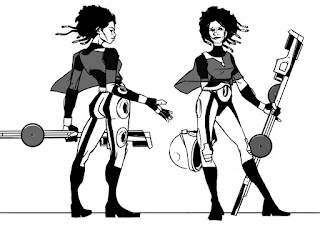 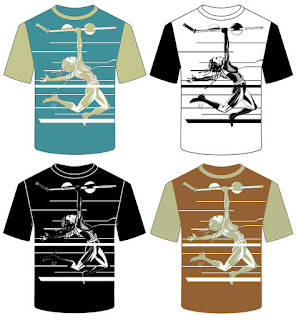 Fell off the blog wagon for a little bit, but only because I've been quite busy working on a couple of projects, some of which I can't post just yet. Here is one I worked on in the last month for the writer/designer, Yegwa Ukpo also known as Spaceboy Nigeria. It was a pleasure working with him, and we had a lot to talk about the current state of Nigerian comics and entertainment. He commissioned me to do a T- shirt illustration of his new character, Africa Benson, a scientist and inter-dimensional traveler. I won't say much more than that about the character as you will be able to read more about her in the upcoming months on Yegwa's site and his upcoming comics. Anyway, the moment captured in the illustration depicts Africa's leap through an inter-dimensional warp portal. I wanted an iconic pose with lots of energy and strength. There are also concepts images and iterations it took to lock down her suit and final look. I would have liked to have kept the poncho in the final illustration but the pose would have made it look like a cape, which I didn't want. Let me know what you guys think.
Posted by Shof Coker at 1:02 PM 8 comments: